TSSU Statement in Solidarity with Ukraine 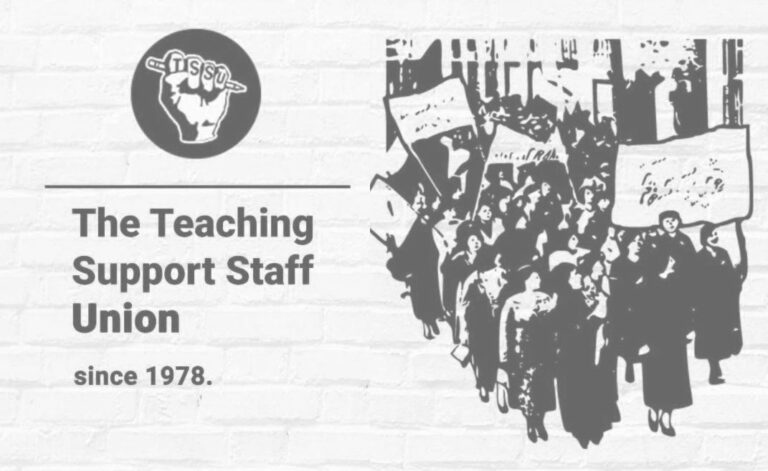 “The cause of war is preparation for war” - W.E.B Du Bois

The TSSU General Membership condemns the Russian invasion of Ukraine on February 24, 2022 and the resulting ongoing war. We condemn this violent assault on the Ukrainian people, who have the right to self-determination, stability and prosperity. We call for peace in Ukraine and between Ukraine and Russia. We support the demands made by progressive Ukrainian-Canadian organizations such as the Association of United Ukrainian Canadians (AUUC) for an immediate ceasefire and withdrawal of all foreign military forces from Ukraine. We call on the government of Canada to call for peace, provide material support to refugees, cease economic sanctions that are aimed to hurt working-class people, and work towards Canada’s withdrawal from NATO, as we must build a world governed by cooperation and solidarity, not military force.

Canada’s continued participation in NATO means increased spending on military equipment, a requirement of all NATO members. For example, the Trudeau government plans to spend $22 billion on 88 new fighter jets by the end of 2022. This spending comes at the expense of investments in public health and education when they are desperately needed in the current crises exacerbated by the pandemic. Canada also has a shameful record on arms dealing, for instance, selling billions of dollars worth of military equipment to Saudi Arabia, North Africa, and Europe. Continued militarization and further escalation cannot be a path to peace. War is the dirtiest, most pollutive industry, with the United States military being the biggest polluter on this planet, and the Canadian arms trade a scourge on the environment. War comes at the expense of working people in Canada and elsewhere, and the health of our planet. The threat of nuclear war, an existential threat to all inhabitants of this planet, has never been higher in the twenty-first century. Continued war is not inevitable.

We support lasting peace in a truly independent and sovereign Ukraine. Currently, Russia and US-NATO are exploiting complex economic, social, political crises in Ukraine for their own geopolitical interests. We condemn Russia, US-NATO, and all other powers for refusing to make earnest efforts to negotiate towards de-escalation, and for not undertaking all possible peaceful efforts to end the war. This includes both this immediate conflict as well as the root causes and underlying tensions that have only escalated in recent years, such as Russia’s military exercises and stationing of long-range missiles and artillery at the Russian-Ukrainian border as well as US and NATO’s increase in weapons sales and military support/funding to Ukraine and their effort to recruit Ukraine into NATO.

We applaud how the West is opening its borders and greeting those fleeing conflict with open arms. We applaud the humanitarian efforts, the outpouring of support, and widespread media coverage of people impacted by Russian aggression. In addition, Russia’s deplorable war on Ukraine has also exposed deep Western hypocrisy when it comes to conflict. We call upon the Canadian government and Canadian media to extend the same reception to Palestinians, Yemenis, Somalis, and all other peoples across the planet who are fleeing war, famine, and climate catastrophe. We also call for the Canadian media and the Ukrainian government to support the people of color within Ukraine and at the borders, who are experiencing racial discrimination. We condemn war and racism on all fronts.

In addition to the Ukrainian people impacted by the violence, the TSSU stands in solidarity with those who are working for peace, including the thousands of Russians who have been arrested for speaking out against the actions of their government.